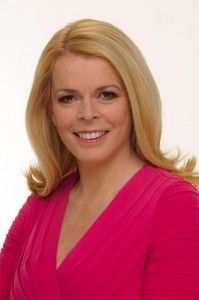 Betsy McCaughey is a patient advocate and former Lt. Governor of New York State. In 2004, she founded and is now Chairman of the Committee to Reduce Infection Deaths (also known as RID), a nationwide educational campaign to stop hospital-acquired infections. RID has made hospital infections a major public issue. It has provided compelling evidence that preventing infection improves hospital profitability as well as saving lives, and RID has won legislation in 34 states and Washington, D.C. for public reporting of infection rates. RID has become synonymous with patient safety and clean hospital care.

Betsy McCaughey’s research on how to prevent infection deaths has been featured on Good Morning America, the CBS Morning Show, ABC’s 20/20, and many other national programs.

Betsy McCaughey is the author of more than one hundred scholarly and popular articles on health policy, infection, medical innovation, the economics of aging, and Medicare. Her writings have appeared in The New York Times, The Wall Street Journal, New Republic, Policy Review, Forbes Magazine, New York Law Journal, Los Angeles Times, U.S. News & World Report, and many other national publications. Her 1994 analysis of the dangers of the Clinton health plan in The New Republic won a National Magazine Award for the best article in the nation on public policy. She has been profiled in The New Yorker, The New York Times Magazine, New York Magazine, The Washington Post, and other publications.

Prior to entering the health policy field, Betsy McCaughey earned a Ph.D. in constitutional history from Columbia University. She is the author of two books on that subject. She has taught at Vassar College and Columbia University, and she produced prize-winning studies while at two think tanks, the Manhattan Institute and later the Hudson Institute.

From 1995 to 1998, she served as Lt. Governor of New York State. She focused on health issues, and her bills became models for legislation in many states and in Congress.