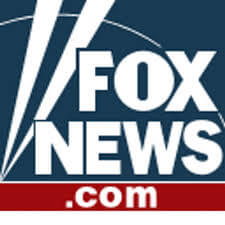 Parroting President Obama’s Saturday radio address, Frieden cautioned that Americans must be “guided by the science,” not fear.

Sorry. The Obama administration’s half-way approach is based on political correctness. It ignores the science.

According to Frieden, every day about five health care workers fly back from West Africa to the U.S., landing at airports in Chicago, Newark, Atlanta, New York’s JFK, or Dulles outside Washington, D.C.

For months, the CDC did almost nothing to prevent a returning doctor or nurse from inadvertently spreading the disease here.

On Thursday Dr. Craig Spencer, who had returned from a stint at Doctors Without Borders in Guinea on October 17, was rushed into isolation at New York city’s Bellevue Hospital with Ebola. Before his diagnosis, Spencer took subways, went bowling and dined out.

Authorities scrambled to identify his contacts. Governor Chris Christie of New Jersey, a Republican, and Governor Andrew Cuomo of New York, a Democrat, jointly announced on Sunday that health care workers landing at area airports after treating Ebola patients would have to undergo 21 days isolation. Governors of Florida and Illinois announced they would be devising policies as well.

By Monday, Thomas Frieden had to respond to the spectacle of governors concocting isolation policies on the run to prevent the possibility, however small, of Ebola being spread. Unfortunately, Frieden stopped short of endorsing isolation. Instead he announced that local officials would monitor doctors and nurses coming from West Africa for fever or other symptoms but not necessarily isolate them.

Frieden said isolating the brave doctors and nurses would be a “stigma” and make them “pariahs.” That’s a shockingly unscientific attitude toward quarantine from a trained epidemiologist.

ABOUT ONE IN SEVEN PEOPLE INFECTED WITH EBOLA DOESN’T HAVE A FEVER BEFORE DIAGNOSIS. Airport screening relies largely on temperature taking. Data on over 4,000 Ebola cases – the most complete analysis ever – published October 16 in the New England Journal of Medicine show that 13% of patients don’t develop fever early on.

DOCTORS AND NURSES CAN’T BE DEPENDED ON TO SPOT EBOLA IN THEMSELVES FASTER THAN OTHER PEOPLE. Relying on returning doctors and nurses to monitor themselves assumes they will catch any sign of illness quickly and avoid spreading it. But the New England Journal of Medicine research found doctors and nurses with Ebola don’t’ get to the hospital sooner.

HEALTH CARE WORKERS WHO TREAT EBOLA PATIENTS ARE AT RISK OF GETTING IT, DESPITE WEARING PROTECTIVE GEAR. As of October 25, the World Health organization reports that 450 healthcare workers have contracted Ebola this year and 244 have died. One staffer at Doctors Without Borders in Guinea who worked with Spencer called him a “rigorous man” who carefully followed procedures in removing his protective gear and decontaminating it, adding “we understand that we are also at risk despite the measures.”

THE MOST IMPORTANT FACT ABOUT EBOLA IS HOW LITTLE WE KNOW.There’s no cure for the infected, no vaccine, and no knowledge of how the virus might behave in colder temperatures. Doctors, nurses, and missionaries who nobly volunteer in Africa could inadvertently bringing Ebola home to every continent, literally giving the virus wings.

To be cautious, Samaritan’s Purse, a relief organization, imposes a 21 day isolation on workers returning from West Africa ever since one of its own, Dr. Kent Brantly, became infected. The hospital where Spencer practices emergency medicine requires a 21 day wait to return to work.

On Monday, the Joint Chiefs of Staff recommended that all U.S. troops returning from West Africa undergo a 21-day quarantine. Their biggest worry isn’t stigma.

The White House is mum on soldiers, but it’s busy arm twisting governors to back off isolating health care workers. On Monday, Cuomo backed down from mandatory isolation, despite overwhelming popular support for it.

One positive note: Frieden changed his tune on Monday, saying “managing Ebola is not easy.”

He and President Obama need to replace hubris with humility and take fewer gambles with Ebola.