NEW YORK POST: Everyone gets it wrong on the Legionnaires’ outbreak 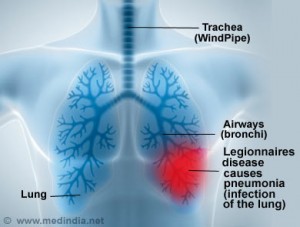 But the truth is, much of the blame belongs to the federal Centers for Disease Control and Prevention for misleading health officials in New York and nationwide about the danger.

The CDC’s do-nothing guidelines gave public officials an excuse to ignore a decade of warning signs about Legionnaires’ disease. People are dying — and not just in New York.

This month alone, there have been Legionnaires’ deaths reported in Cleveland, Denver and Detroit, among others. Most cases can be prevented by routinely testing plumbing in buildings, along with fountains, hot tubs and cooling towers.

But legislation proposed by de Blasio, and the regulations he, Cuomo and Council Speaker Melissa Mark-Viverito jointly announced Tuesday, deals with only a small part of the problem — cooling towers.

Inspecting and cleaning these towers is being sold to the public as the remedy. That’s what happens when politics takes precedence over public safety.

Politics and ignorance, that is.

North America has seen numerous deadly outbreaks, including in Toronto in 2005; New Brunswick, NJ, in 2008, and Chicago in 2012. Not to mention the outbreak that infected at least 12 in The Bronx last winter.

De Blasio’s ignorance doesn’t stop there. Expressing misplaced confidence in the CDC, he said if Legionnaires’ outbreaks had “occurred in other parts of the country, the Centers for Disease Control would have issued rules and regulations.”

The opposite, sadly, is true. Despite many deadly outbreaks, the CDC has stuck to its position that testing water is unnecessary until after an outbreak. Forget prevention; never mind the lives already lost.

New York could do a far better job of preventing future Legionnaires’ deaths if our officials were willing to learn from other countries.

The United Kingdom, Holland and other European countries responded to outbreaks decades ago by requiring building owners to periodically test all uses of water, not just cooling towers.

You can get Legionnaires’ by taking a shower with contaminated water and breathing in the steam.

Or going to a flower show. In 1999, 188 people contracted the disease at a Netherlands garden exposition, and at least 21 died.

The country began regular testing of all water systems, and after a decade, found that cooling towers — the focus of de Blasio’s strategy — account for only one out of every five Legionnaires’ cases.

The biggest problem areas are hospitals and spas. Here in the United States, a study in the Pittsburgh area found that 71 percent of hospitals that tested for Legionella bacteria in their water supply found it. The study’s co-author said, “If you don’t look for it, you won’t find it.”

That’s the problem with only testing cooling towers.

Legionnaires’ got its name when an outbreak at an American Legion convention in Philadelphia in 1976 killed 34 hotel guests.

The disease is a type of pneumonia. The deadly bacteria thrives in warm water and people get sick when they breathe in droplets. The CDC can’t tell us exactly how many people are affected each year, but recent studies indicate Legionnaires’ has at least tripled since 2000, and as many as 18,000 people are hospitalized with it in a year.

Responding to the growing danger, the American Society of Heating, Refrigeration and Air Conditioning Engineers has just updated their model rules for prevention of Legionnaires’.

They call for regular testing of water systems, including hotels, large apartment buildings, hospitals and pools.

De Blasio and CDC chief Thomas Frieden ought to take a look. Frieden, after all, spent his time as New York City health commissioner, fighting big sodas and trans fats, and left the city unprepared for Legionnaires’.

Frieden has continued to promote the nanny state at the CDC. But Americans can decide what to eat and drink. What they need from the CDC is public safety and preparedness. The agency’s mission confusion is having deadly consequences in New York and across the land.

Betsy McCaughey is a former lieutenant governor of New York and chairman of the Committee to Reduce Infection Deaths.